Sfeeha are what meat pie dreams are made of. Tiny little bitesize morsels of savoury yumminess. That’s the only way to describe these Lebanese delicacies.

I’ve been fortunate enough to taste sfeeha made in Baalbeck, the region most famous for making them in Lebanon, and they really were out of this world. ‘Sfeeha Baalbeckiya’ are usually shaped into little squares and watching the artisans make dozens at the speed of light was mesmerising and therapeutic at the same time.

They were delicious because they took the two essential elements of meat and bread and brought out the best in them. Simple, honest and humble.

Traditionally sfeeha are made with the best lamb meat though of course you can make them with beef too, or a mixture of both. The meat is mixed with a little tomato and onion and some black pepper and seven spice to enhance the flavour.

As they are tiny, you place the raw mixture in the centre of the mini rounds and they should cook nicely by the time they emerge from the oven.

Sfeeha are usually cooked in communal Lebanese ovens known as ‘Furuns’ and i’ve written about my memories of going to the Furun as a child in my recipe for Manakish Dough here.

Sfeeha and Manakish dough are very similar and are sometimes used interchangeably. I would say the one thing that makes them different is that sfeeha usually contains milk to make it softer and is a little less stickier than manakish dough so you can shape them and they keep their shape in the hot oven. Manakish dough is also usually a little puffier with a little more yeast which makes it rise more after proving.

As with all baking, a little patience goes a long way. Don’t be disheartened if they don’t come out perfect first time, you will get the hand of them eventually. And when you do, it’s simply mini pie heaven. 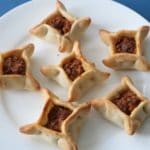 For the Meat Filling 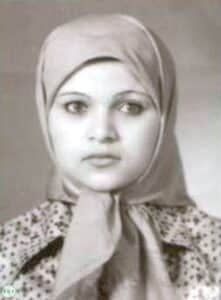 ....or as we Lebanese say; Ahla w Sehla! :) Here you'll find recipes collected from my Lebanese Mama, some regional classics and some secret family recipes. I come from a family of exceptional home cooks and I don't think I even went to a proper restaurant until I went to college, whereby I tried everything only to realise I'd been raised on gourmet food without even knowing it. My Teta (grandmother) was a legendary cook from Lebanon who could rustle up a feast out of nothing. My mother too ...